NaNoWriMo: Why I’m sitting on the sidelines 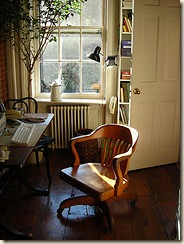 The plan was to spend the month of November hammering out a novel.

The plan was to have a story and some characters sitting in place, just waiting for me to hit the laptop every day and push out 1600 words.

The plan was to embrace NaNoWriMo – for the first time.

The plan – well, the plan failed.  Here it is, November 2 and I am plotless, characterless, novel-less.  And you know what?  I don’t really mind.

My14-year-old son and I were going to tackle the challenge together this year. He did the Young Writers NaNoWriMo last year and successfully met the 15,000-word target, producing the first draft of a fantasy novel that he’s continued to work on since.

What a great way to share some writing time, we thought.

What an opportunity to shackle ourselves to the writing life for an intensely limited time, we thought.

What fun, we thought.

But the truth is, as October waned and the first of November approached, both of us (without mentioning it to the other) were starting to notice something – something that felt a lot like pressure. Worry. Stress.

One day I finally spoke up.

He looks up at me.

“I mean, I’m really loaded at work right now, and I have deadlines coming up.”

“I just can’t help feeling worried every time I think of NaNo,” I blurt out.  “I mean, it’s supposed to be something you look forward to, isn’t it?  Something fun?”

He’s nodding enthusiastically because, smart boy that he is, he’s read my mind.

“Would you mind if I skipped it this year?” I end.

“I feel the same way!” he exclaims.

We bail, and we bail together.  Whew!

NaNoWriMo isn’t for everyone.  It’s a great idea, a useful creative prompt, a unique writing adventure.  But right now, it’s a burden I don’t need.

This Salon article trashes NaNoWriMo as a colossal waste of time.

No, I don’t agree.  NoNoWriMo is not a waste of time. But it’s a project that needs to be embraced wholeheartedly in a spirit of commitment.

I’m cheering you from the sidelines this year, all you NaNoWriMo writers, and I’m perfectly content to be here. Good luck!